A quick and crazy history of yo mama jokes

Rather its yo mama, momma, or moma, some insults are just classic. And what better way to make fun of someone than to attack their mom. Its a low blow, but it always hit. But, it wasn’t just modern culture that talked about your momma. People have been dissing your mom since before Shakespeare. Some even believe your mama jokes can be found in ancient civilization. Idk bout all that.

The big explosion of yo momma jokes came in the 90’s In living Color. This was my, along with many, exposure to the culture of dissing mother figures.  In this skit a game show called “The Dirty Dozens” took turns dissing moms with Jeopardy type categories. The skit spoofed modern game shows by making fun of other contenders and their mother’s weight problem, lack of education, and sexual promiscuous behavior. Good stuff.

In Living Color Yo Mama Skit Introduces Yo Mama Jokes

Yo Momma jokes featured in Movies:
White Men Can’t Jump
Nutty Professor “Yo Mama need a boomerang to put her belt on”
The Waterboy “I’ll be playing with your momma tonight”
Snatch “I’ll have to remember that next time I’m pluggin you mum” (your mum joke)

Know that you are educated (unlike your mom), let’s get to our list of Yo Mama jokes.

Yo Mama So Fat…

Yo Momma so fat her belt size is equator

Yo Mama so fat she broke the family tree

Yo Mama So Stupid…

Yo Momma so stupid she finished a puzzle in in a week and got excited cos the box said 2 to 4 years.

Yo Mama so stupid she wore a coat to Dairy Queen because she heard they had blizzards.

Yo Mama So Ugly…

Yo Mama  so ugly that her face is blurred on her driver’s license.

Yo Mama so ugly that she threw a boomerang and it wouldn’t even come back.

Yo Mama so ugly that she gives Freddy Kruger nightmares

Yo Mama so ugly her pictures hang themselves

Yo Mama So Old…

Yo Mama so old she road the dinosaur to school

Yo Mama so old her phone number is 4

Yo Mama so hairy bigfoot takes pictures of her

Yo Mama so poor she can’t even pay attention 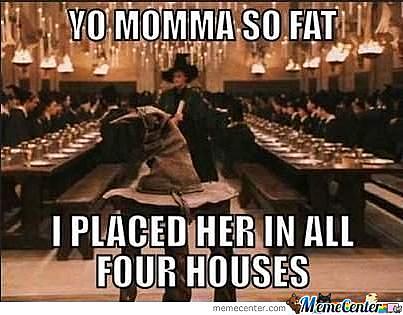 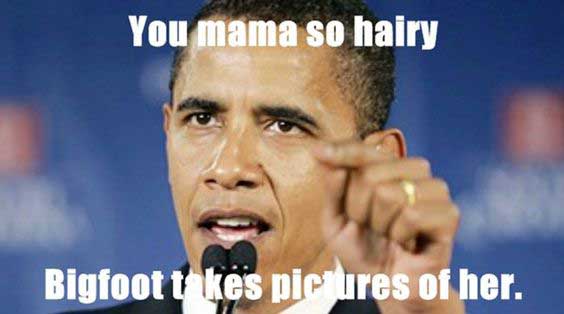 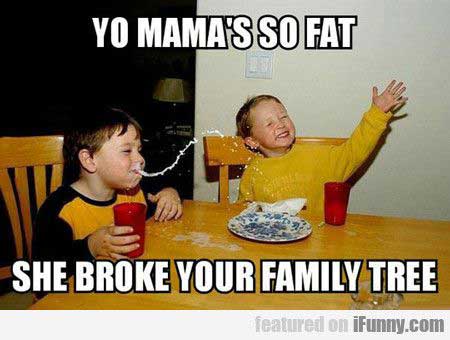 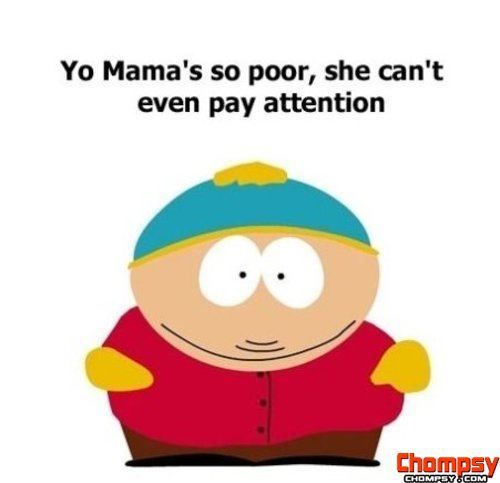 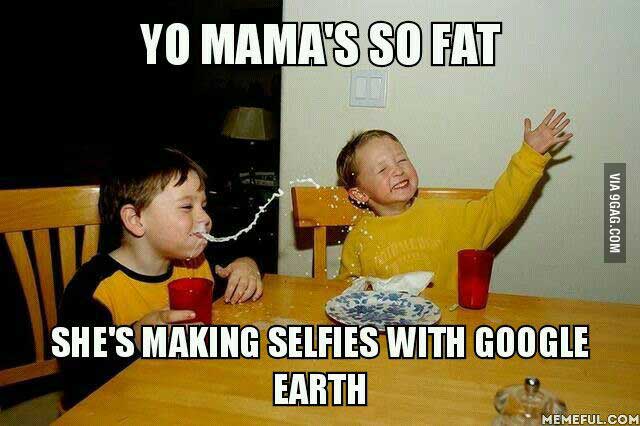